History of The Farm

The name Ohio originated from the Iroquois word ohi-yo', meaning "great river" or "large creek." The Ohio River is an important waterway that allowed early frontiersmen easy passage to the West.  Over time, the Ohio River was traversed by many notable individuals.   Included among them was former United States President George Washington who traveled as far as present day Gallipolis, Ohio using the Ohio River.  Legendary frontiersman Daniel Boone traveled from present day Point Pleasant, West Virginia to Kentucky.  He hunted and trapped wild game along the Ohio River and its many tributaries during his trips.  Explorers Meriwether Lewis and William Clark of the famed Lewis and Clark Expedition traveled down the Ohio River during the first American expedition to cross what is now the western portion of the United States. 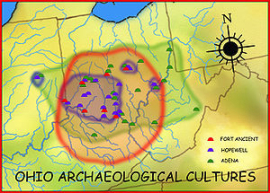 The land that comprises Mattie's Mountain Farm possesses a rich history.  A group of Native Americans referred to as the Hopewell’s flourished along the Ohio River from 200 BC to 500 AD during the Early and Middle Woodland Periods.  The Hopewell’s were a widely dispersed set of populations that were connected by a common network of trade routes known as the Hopewell Exchange System. These people used rock outcroppings as shelter during their hunting and trading excursions.  At Mattie’s Mountain Farm, there are several large rock outcroppings that may have provided shelter to these early Native Americans.  The Hopewell culture dissipated in early 500 AD and historians and archeologists are unsure as to why.  Read more about the Hopewell Culture by going to the Ohio History Connection.  The Ohio Connection website contains a vast repository about the history of Ohio.

With the discovery of the New World in 1492 by Christopher Columbus, Spain set out to lay claim to virtually the entire Western Hemisphere – to include the land that makes up Mattie’s Mountain Farm.  In 1493, Pope Alexander VI issued an edict that declared Spain's exclusive rights to colonize all of the Western hemisphere excluding Brazil.  While Spain claimed the land, they did little to establish meaningful settlements in North America.  Most Spanish settlements in North America resided along the southern coastal areas and not the interior of what is now known as the United States.  Spain had no ability to thwart French and British settlements and exploration of North America. 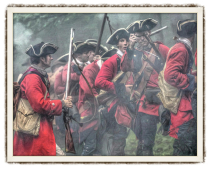 Around 1749 the French became the first Europeans to settle in land that is now referred to as Gallia County, Ohio.   Prior to this time, a variety of Native American tribes occupied the land to hunt, raise crops and collect nuts and berries.  At this same time period, however, wealthy Virginians including family members of former United States President George Washington also laid claim to land in the Ohio Country - the same land that the French already occupied.

In 1748, these Virginian investors established the Ohio Company and purchased 200,000 acres from the British government.  It was their intent to resale the land to settlers moving westward for a profit.  As part of the land sale, the British King requested the Ohio Company distribute the land among one hundred families and construct a fort for their protection.  This decision placed French and British settlers in a head on collision as they both laid claim to the same land.

For a variety of reasons, the Indians living in the area at the time allied themselves with the French and shared the French view that the British settlers were trespassers.  Before long, the British and the French, along with their North American Indian allies, became engaged in armed conflict in what history refers to as the French and Indian War (1756-1763).

At the time of the French and Indian War, the Ohio Valley region served as an important gateway in the Virginian western frontier. It was here where Indians backed by the French engaged American colonists backed by the British in armed conflict.

The picture to the left is taken from the site where Fort Randolph once stood at the junction of the Ohio and Kanawaha Rivers.  Fort Randolph was built in 1776 in what is now Point Pleasant, West Virginia. The city of Gallipolis, Ohio which is located in Gallia county is located directly across the Ohio River. Prior to the construction of Fort Randolph, this site served as a strategic point for the British and the French but more importantly, Native American Indians.  President George Washington canoed down the Ohio river and surveyed this site and land around Point Pleasant.  This site served as a key outpost for controlling entry into the Ohio Territory and was the location of a historical battle between Virginia colonists and Native American Indians led by famous Shawnee Chief Cornstalk who would be murdered at this site in 1777.

The Virginian colonist were not the first Europeans to arrive at this junction.   In 1749, well before the construction of Fort Randolph, French military officer Pierre-Joesph Celoron de Blainville led a group of men down the Ohio River where he erected lead plated markers at all major confluences along the Ohio River.  The journey is known as the "Lead Plate Expedition" and it served to advance France's territorial claim on the Ohio Valley.  Only a handful of these lead plates remain today as most were identified by colonists and destroyed. 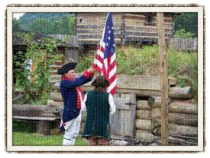 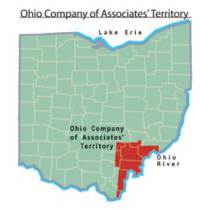 After the conclusion of the Revolutionary War, former President George Washington who once served as a land surveyor of the Ohio Valley region, provided assistance to a new group of individuals who sought land in the Northwest Territory.  This new group of investors hailed from Boston, Massachusetts and formed a land company referred to as the Ohio Company of Associates.  The company was formed by Rufus Putnam, Benjamin Tupper, Samuel Holden Parsons and Manasseh Cutler in Boston, Massachusetts at The Bunch of Grapes tavern in Boston.

Consisting of Revolutionary War veterans, the Confederation Congress allowed these men to pay for part of the land using bounty land warrants issued to them for their military service during the American Revolutionary War. These warrants were issued to officers and soldiers as a form of payment or "I Owe You" and were to be redeemed upon defeat of the British.

The early pioneers had to fight Native American Indians, aggressive wildlife, insects and disease to secure and protect their landholdings.  Land that makes up Mattie's Moutain Farm was once considered the western frontier of the United States - wild, rugged and dangerous!

Gallia County was formed on March 25, 1803 from portions of Adams and Washington counties at the same time Ohio was admitted to the Union as the 17th state.

The people residing in the new county named it Gallia County after the kingdom of Gaul.  Gallia is the Latin name for "France."  Read more about the history of Gallia County, Ohio by visiting the Gallia County Genealogical Society website. 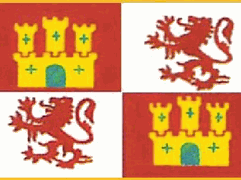 Flag Used by Christopher Colombus in 1492 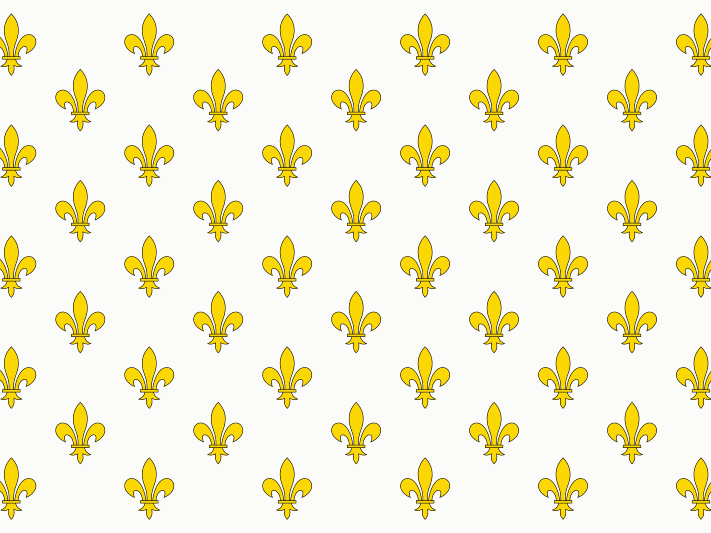 Flag Used by France During Their Occupation of the Americas 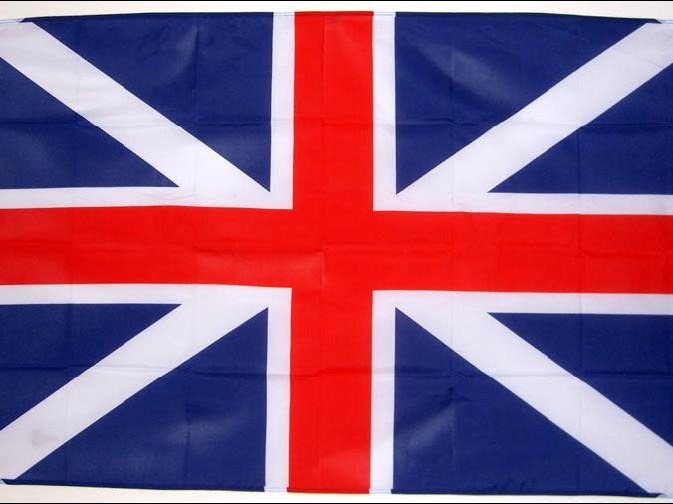 Flag Used by the British During Their Occupation of the Americas 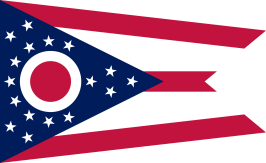 The Official Flag of Ohio