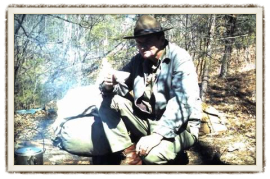 Charlie and Mattie McCreery purchased the land that comprises Mattie's Mountain Farm in 1961 for its serenity and picturesque views.  The McCreery's enjoyed the outdoors and used the land as a place to establish memories with their four children during weekend camping trips and picnics.

The hills contain several large rock outcroppings that are simply breathtaking - especially when water from Laurel Creek runs over them on its way to the Ohio River.  From the highest peak on the farm, the mixture of hardwood trees and evergreens are an eye to behold during spring, summer and fall.  The icicles that form on the rock outcroppings during winter are spectacular too.

Charlie McCreery was a dedicated Boy Scout Master and co-led Boy Scout Troup 44 which was based in Huntington, West Virginia.  He frequently used the property to promote the values of scouting as the farm's forest provided an excellent venue to teach Boy Scouts about wilderness survival techniques, wildlife conservation as well as the value of protecting wildlife habitat and wetlands. 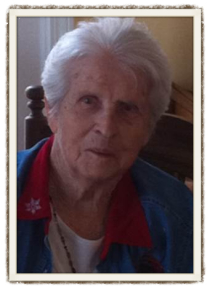 The current owners, Don and Becky Muth, are the second generation owners of the land.  They acquired the land from the McCreerys in 1990 and continue to build upon the legacy established by Charlie and Mattie.  The Muth's developed the land into a farm that promotes wildlife and habitat conservation, managed forestry and lavender.

The owners of Mattie's Mountain Farm are committed to developing and maintaining high-quality trees, varied wildlife habitats, lavender and recreational opportunities. They developed a Forest Management Plan which reflects their vision and includes the following key objectives:

Shortly after arriving to Cabell County, the War of 1812 began.  Israel Heath answered the call to arms and served as a private in Captain John Simmons' Company of Virginia militia.  He was stationed at Point Pleasant, Virginia - now Point Pleasant, West Virginia.

In 1839, after living in Cabell County for 29 years, Israel and his wife Elizabeth migrated west to Platte County, Missouri where they lived the remainder of their lives with their children and grand-children.